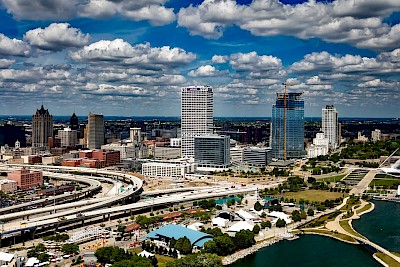 Milwaukee earned its name as the “City of Festivals”. This is partly because the city is famous for hosting the largest music festival in the world according to the Guinness Book of World Records. Millions of artists, musicians and famous people are attracted every year to the so-called Summerfest.

The festivals are primarily ethnically themed and promoting and integration of many cultures from all over the world. Milwaukee is one of the most beautiful cities with so many famous people who have had a great impact on this world. This is why Milwaukee was also given the title as “A Genuine American City.”

Here is a list of famous people from Milwaukee:

Milwaukee is a city that has produced the extra-ordinary and the normal people but one man stand out for the wrong reasons as the most famous person to come out of this city. If you want to take a tour of the city and see some famous homes in the area, book a charter bus rental in Milwaukee.