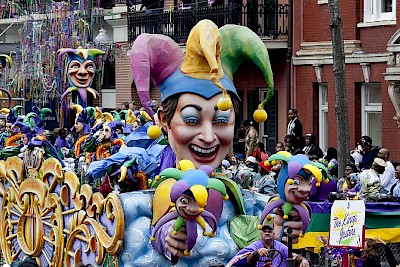 As you can imagine, the city of New Orleans is rich in history and culture. Growing up in such a town is bound to have a lifelong impact on the individual who experiences such a city. With deep roots in music, food, and fun, New Orleans has produced some of the most world reknown celebrities. Let's have a quick look at just a few that have made their name in today's society.

With so much to do and see in New Orleans, you could spend a month here and still not soak it in. One way to get the most of your trip is to hire a New Orleans charter bus company and take a tour of this great city.