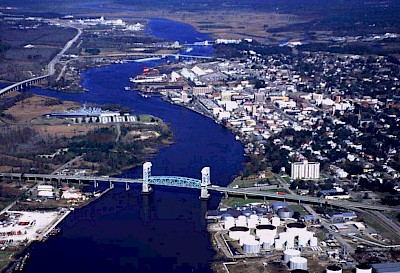 What’s not to love about Wilmington, NC? If you won’t love it for its affluent history, the scenic ocean, or the memories our founding fathers left behind, love it for the people who call the port city home. Did you know the 28th President Woodrow Wilson was a resident? Andy Griffith and Pat Hingle too! Chances are, if you reside in Wilmington, or happen to visit, you will be starstruck at some point. Here are five people you might be lucky to stumble upon while in Wilmington, NC.

So, there you have it. There is no denying Wilmington is home to people who have gone their way to make a mark in this great country. Next time you are in the area, maybe running an errand or having a walk on the beach, watch out for these guys. They (or once did) call Wilmington, NC home. If you want to learn more about this great city, hire a charter bus rental for a day and take a tour!