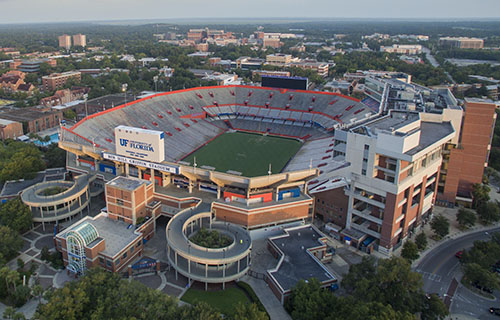 The University of Florida has some of the top college sports teams in the country. Naturally they need a place to host games for thousands of spectators to come watch. These stadiums and sports centers are here for that reason. You can hire a charter bus in Gainesville, FL to take your team or group of fans to any of these locations.

Most Popular Stadiums in Gainesville

Want a more luxurious travel experience when going to one of these places? Rent a Gainesville limo service and get there in style. You can get a shuttle service from any one of the schools and universities in Gainesville as well.