If you are looking to celebrate Mardi Gras, there’s no better place to do so than New Orleans, Louisiana. Known around the world as the “Big Easy,” you will find that there is always something to do or a party going on in town.

Traveling around New Orleans can be difficult for visitors, as the streets can get very congested. Some areas are hard to find parking in, so you may have to park a distance away and walk to the location of your choosing. This can make a night out on the town a drain. Instead of driving yourself, why not plan a trip with one of our charter buses, limos, or party buses? One of our drivers can pick you up and take you to the locations that you want to go to celebrate Mardi Gras. There’s no need to worry about heavy traffic or congestion – just sit back and enjoy the ride. We’ll pick you back up and drop you off at the location of your choosing. 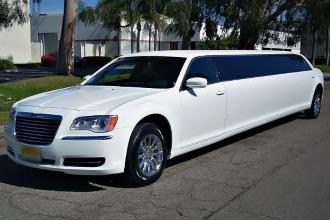 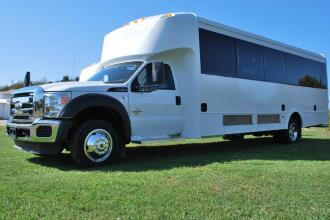 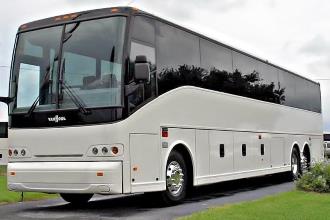 The festivities of Mardi Gras are also known as Fat Tuesday. It is a celebration that historically involved eating rich and often fatty foods before the start of Lent. Nowadays, there are few people who don’t know about the partying and revelry that occur during the carnival celebrations in New Orleans. It is often considered a celebration of life.

Mardi Gras celebrations occur over the course of several weeks, during the season of Carnival. The actually day of Mardi Gras is on the last day of Carnival. Throughout this period of time, you will find parties and parades throughout New Orleans. Krewes, groups with a common goal, host each parade, and some host parties or masquerade balls as well. In addition to helping raise funds for the parade, these parties often raise money for specific charities that the krewes support.

The history of Mardi Gras is rich in the establishment of American history. The French-Canadian explorer known as Jean Baptiste Le Moyne Sieur de Bienville ended up on a plot of land south of what would eventually be New Orleans. His men realized it was the day before the holiday and named the area “Pointe du Mardi Gras.” A few years later he established Fort Louis de la Louisiane, which is modern-day Mobile, Alabama. In 1703, the inhabitants celebrated the first Mardi Gras in America.

Secret societies began to be established that would celebrate the festivities of Mardi Gras, by parading a bull to represent the meat fast that would occur during Lent. New Orleans became a township in 1718, and within a few years, Mardi Gras was openly celebrated in the town. The governor of Louisiana started promoting society balls that became the basis for the Mardi Gras balls of today. Many of the festivities that are practiced during Carnival and Mardi Gras were started in the early 1700s and elaborated into the celebrations of today.

What To Do During Mardis Gras

If you come to town during the Mardi Gras season, you might wonder about all of the things to do. You’ll be hard pressed to do it all, but there are a few things that you can carve out time to do and enjoy.

Mardi Gras parades are the hallmark of Mardi Gras. During these parades that occur throughout the Carnival season, parade viewers catch “throws” from the participants in the parades. These throws include Mardi Gras beads and other trinkets. Gone are the days where throws are awarded to parade viewers who take off their tops; these parades tend to be family friendly and all are encouraged to participate.

As part of your plan to tour the city, you should consider visiting Mardi Gras World. This museum is also a workshop for Mardi Gras parade floats. This building is just one of the multiple warehouses around the city where the parade floats are made and kept. It is part of Blaine Kern’s Studios, and they are responsible for most of the Mardi Gras floats each year. If you come during Mardi Gras, you’ll see less floats than you might during the rest of the year because they are getting ready for parades. There are other museums around the city that you can visit with historical costumes and favors from past Mardi Gras celebrations as well.

Dress up in the signature Mardi Gras colors of purple, gold, and green. You can also get wild and come up with just about any costume you’d like. All are welcome in the “Big Easy,” and you will find people wearing just a hat or necklaces all the way to full scale costumes covering them from top to bottom. The Mardi Gras Indians generally make their costumes by hand, as elaborate as gluing on each individual feather, a process which can take most of the year.

Try some king cake when you come to Mardi Gras. This mainstay of many Mardi Gras parties is a brioche based cake that gets iced or decorated with colored sugar in the Mardi Gras colors of purple, green, and gold. What makes this cake extra fun is that there is a small baby figure placed in the king cake. When the cake is sliced, whoever gets the baby figurine is said to be responsible for hosting next year’s Mardi Gras party or at least providing the king cake next year. You can try a slice at many places around the city, as well as get a sample at Mardi Gras World, if you choose to go there.

Krewes also put on society balls and huge parties that you may look into attending while you’re in New Orleans. Generally you need a ticket to these and most aren’t open to everyone, but if you can score a ticket, you’re bound to have fun. Some of the mansions around New Orleans also have open door parties, where anyone can come in off the street and enjoy the festivities, which often includes an open bar. If you’re walking around and happen to see mansion with an open gate and front door, you might ask if a party is taking place that you can participate in.

No trip to Mardi Gras is complete without a trip to the French Quarter. This area is the oldest part of New Orleans and is an area where many people take to celebrating Mardi Gras. The streets tend to be too narrow and packed with people for most of the parades to go down these roads. Instead, smaller parades may occur here, where people move the parade floats rather than having them pulled by large tractors. The parades aren’t the main reason for people to come here. Instead, it’s the party atmosphere and numerous bars that people are coming to the French Quarter for.

While in the French Quarter, you can find a place on one of the numerous balconies in the area that people celebrate from. These areas are normally ticketed but may include drinks and food as part of your “admission.” From these balconies, you can watch the revelry from a distance while still collecting throws and having a good time.

Many people visit the French Quarter for its range of bars and clubs. New Orleans does not have an open bottle policy, so you can travel from one area to the next with your drink. Some street corners even have pop-up stands to serve booze and other beverages. On Bourbon Street you can also find plenty of history (and maybe even some hauntings). One stop you can make is to Lafitte’s Blacksmith Shop Bar, which is the oldest building to house a bar in the United States. There are even tours that stop here, so you might book one to learn more about the history of the area before stopping in to get a hurricane.

When you travel to New Orleans, it doesn’t have to be a draining trip for you. Take a plane trip and rest assured knowing that one of our drivers can pick you and your party up from the Louis Armstrong New Orleans International Airport to take you to your hotel. Our sprinter vans are comfortable for your and also provide enough room for your luggage.

Once in New Orleans, you have plenty of options to get around and enjoy Mardi Gras, but the best might just be one of our party buses. Rather than worry about traffic and where to find parking on the crowded streets, our drivers can pick you up and take you to your first stop. Enjoy the atmosphere on our buses before taking to the streets to party the night away. We’ll pick you up at a designated time and get your back to your hotel, so you never have to worry about having a designated driver when  you ride with us.

You can also travel to New Orleans on one of our charter buses from just about anywhere in the country. Allow us to transport you and your group from your home town to the “BIg Easy” on a comfortable and roomy bus; you can even reserve one with amenities such as charging capability, so you’ll never have to worry about your electronics dying on the road.